On the 11th of March, on the Lithuania Independence Restoration Day, the port city will host an opening event, which will announce the beginning of the European Youth Capital 2021 program. This title, which has been awaited for a couple of years, was taken over from the French city of Amiens. The project consists of nine platforms presenting young people’s ideas, challenges and problems, such as weak political activism, an aging city, the avoidance of “inconvenient” topics and people, and the lack of an environment which would foster entrepreneurship and creativity. In the 2021 program there will be 67 events, 70 various organizations, 133 ambassadors not only from many European countries, but also from such distant countries as Pakistan, Hawaii, and India. The title won is an extraordinary opportunity not only for young people but also for the city itself, to attract the attention of European youth, to present the city in an international context, and to strengthen the identity of European youth.

“Young people, their thoughts and ideas are the driving force behind every city. As long as young, energetic people care about their city, every city has a bright future. I would like to thank the youth of Klaipeda, all the ambassadors and friends of the project, whose insightful view not only of the advantages of Klaipeda, but also of sensitive topics, brought this honorable title to the city. I believe that together we can give Klaipeda an even bigger youthful drive. This year, let Klaipeda become an exceptionally open city that hears and listens, and in which people of all cultures, views and groups feel good,” Vytautas Grubliauskas, the Mayor of Klaipeda, said.

The title of the European Youth Capital is awarded to the city in two cases – when the city wants to share good practices, or when the city dares to identify its problems relevant to the young people and takes a more active approach. Klaipeda was awarded the title in the latter way. Unlike many of the titles the city has held, the main goal of the European Youth Capital is to create a city where the young person feels heard and needed.

According to the project idea, Klaipeda will implement a complex program set out in nine platforms, which consist of the problems, achievements and expectations identified by the youth. Among the challenges raised by the project are weak political literacy of young people, lack of an environment which would foster entrepreneurship and creativity, avoidance of “inconvenient” topics and people, and an aging city. 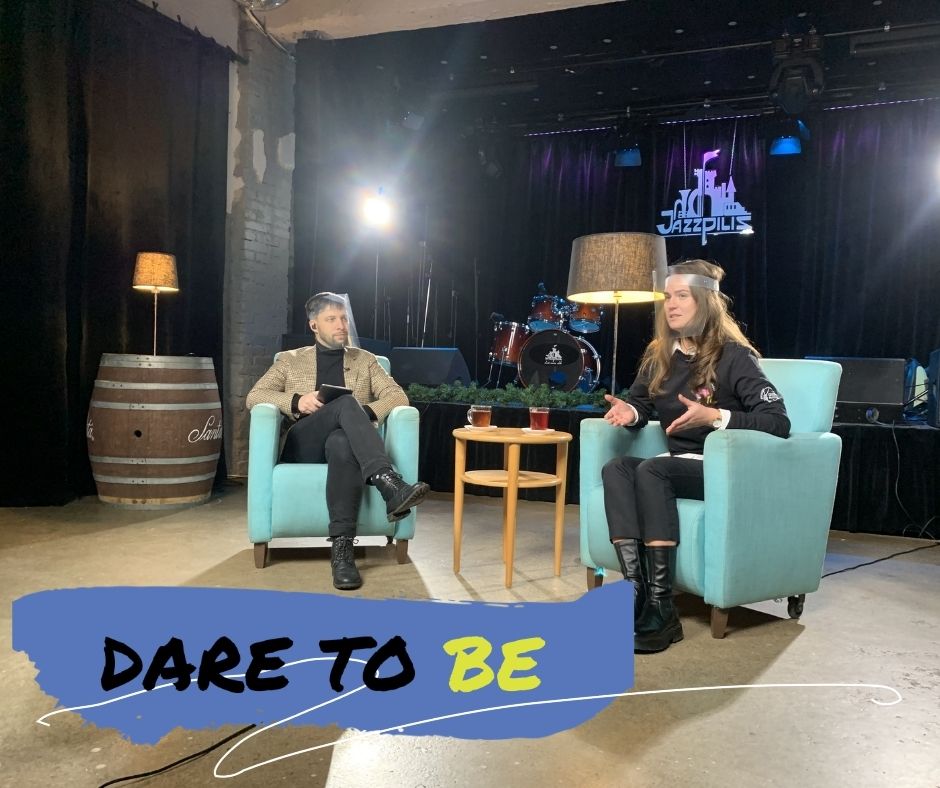 Even though the global pandemic has adjusted the original project plans, number of events and budget, many of the key events have remained and been successfully carried out throughout the past year.

“Until the beginning of the summer, all events in the program will take place remotely, using smart technologies, interacting and communicating over a safe distance. Since much of the events, such as lectures, discussions, are aimed at certain target audiences, which include several, sometimes several hundred people, remote events take place successfully,” Greta Meškauskienė, Manager of the European Youth Capital 2021 project, said. 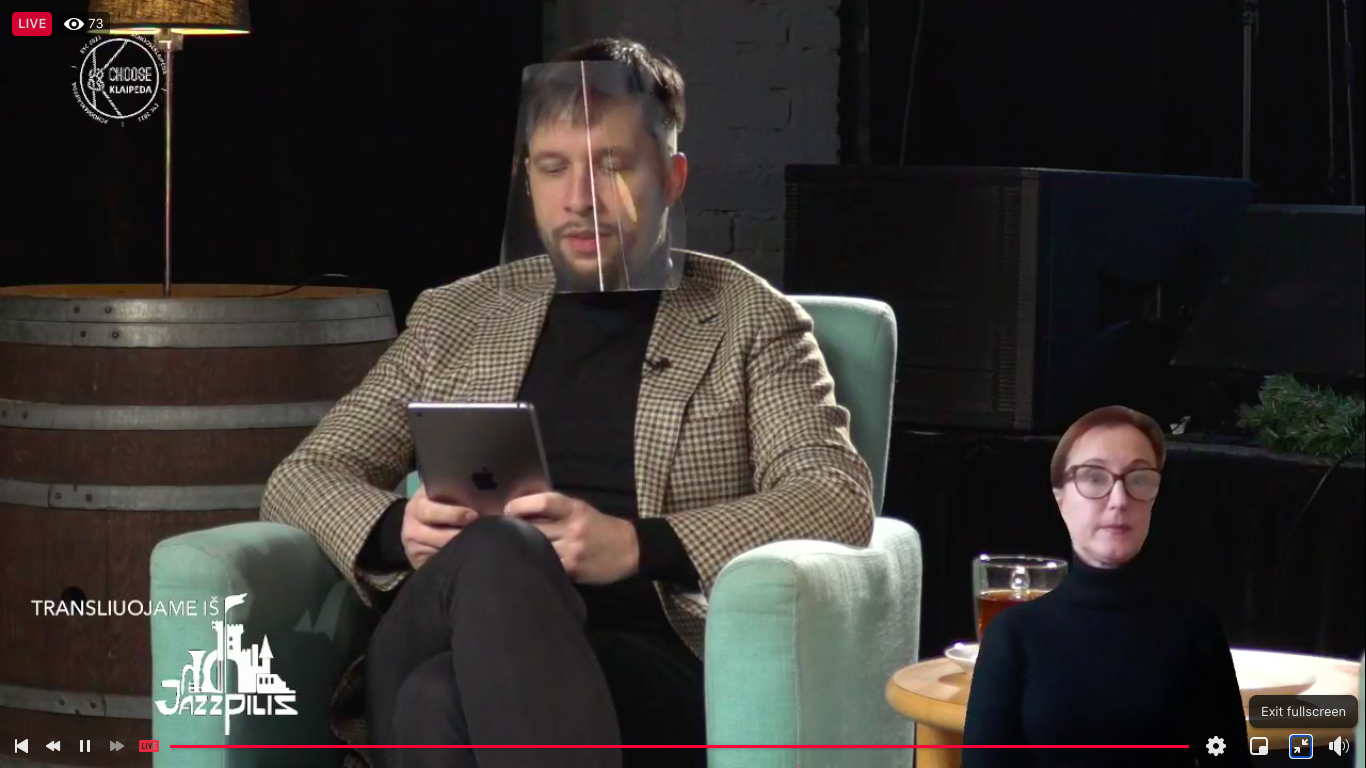 ALL YEAR ROUND EVENTS: Creating attractive urban spaces “I am not just a wall”; A cycle of success stories for young entrepreneurs on Youtube; The “Exhibition of 3D drawings and creative space” will take place throughout the summer.

EVENTS IN AUTUMN: Community meeting “Sleep Under the Stars”; Youth picnic; Congress of youth workers; International forum “Integration of People with Disabilities in Educational Institutions: Where We Are and Where We Should Be”; Youth Ambassadors Forum; Entrepreneurship event “Youth-for-Youth”.

EVENTS IN WINTER: Closing event of the European Youth Capital 2021.

The problems and ideas of young people are presented in nine platforms: “Dialogues”, “Solidarity”, “Leadership”, “Out of the box”, “Spaces”, “Colours”, “North-South”, “Connections”, “Potential”.

The “Dialogues” platform promotes social involvement, presents the idea of Klaipėda youth political literacy, its increase, opportunities to participate in the political life of Klaipėda, the debate culture. The main event of the platform is the YOUTH AMBASSADORS FORUM. It is a strategic initiative to strengthen the voice of young people by giving them the space, tools, opportunities and support to engage and participate in civic processes. The Forum will act as an alliance of local youth and youth organizations, working closely with and meeting regularly with policy makers. The platform also includes the Choose Klaipėda Ambassadors Initiative, which currently brings together 133 ambassadors – people who want to contribute to the implementation of project activities and seek real change in Klaipėda. The platform is implemented by Klaipėda University and KU Student Union.

“Solidarity” is a platform that changes the image of volunteers and volunteering. The platform is implemented by the AUK Center together with LCC, the Lithuanian Maritime Museum, and the Spiritual Support Center for Youth. Among the most important events of the year – the Humanitarian Camp in Ukraine (LCC) and the Lithuanian Maritime Museum events – the School Forum and EXPERIENCE, HEAR, DISCOVER YOURSELF AS THE SEA. The latter event is scheduled for June 8th. On the occasion of the World Ocean Day, the event on Smiltynė Beach will unite about 2,000 students. The topic of the event ‘getting to know the Baltic Sea’ is best described by 3 concepts – young, closed, polluted. This is an opportunity to talk about the most sensitive issues – the isolation of young people and their internal “pollution”.

The “Leadership” platform is a platform for entrepreneurship and innovative business ideas. The main event of the platform, “Youth for Youth 2021”, will take place in November. The event, which became very popular, took place for the first time in 2020, so  it is expected for the event to gain continuity. Implemented by the Lithuanian Business College.

“Out of the box” is a platform for different, unusual ideas. The most important event of the platform is the Creativity Festival on July 11, which will show how to create for a city and find ways to turn ideas into reality. The platform is implemented by “Klaipėdos šventės”.

The “Colors” platform, which deals with “taboo” topics, is intended for reducing exclusion, raising awareness, and increasing the sense of security of excluded young people. The platform’s events touch sensitive topics, from LGBT to the integration of people with disabilities. The main event is a symposium dedicated to the creation of LGBT+ friendly youth policy-making.

The “North-South” platform emphasizes the importance of urban decentralization and the need to move some events, cultural initiatives from the city center to other parts of the city, and to involve peripheral communities. Highlights of the platform: the ‘newborn’ festival “GABYA” which will take place on 16-18 July. The festival will become a bridge between the past and the present – ancient traditions, heritage, ethno and world music, contemporary art and modern electronic harmony. Among the exclusive events of the platform and the festival “ART GATES”, which will take place on 21-28 June, and the festival “CITY STARS”, which will happen on 4 September. The platform is implemented by: College of Social Sciences, “Creators76”, “Spotas” and other partners.

“Connections” is a horizontal platform responsible for promoting cooperation between various international and national institutions and organizations, and project ambassadors. This ensures that cooperation will continue in the future.

The “Potential” platform is responsible for involving young people in all stages of the design and implementation of the program, while strengthening youth organizations so that the voice of young people is heard in every activity.

The title of the European Youth Capital was brought by the port city youth for the first time not only to Lithuania, but also to Northern Europe, although the initiative of youth capitals started more than a decade ago. The competition is organized by the European Youth Forum. Over 500 young people were involved in preparing the program application. Currently, the #chooseKlaipeda ambassadors network brings together over 100 young people from outside youth organizations.